Skip to content
Posted inBlog
Posted by By admin December 11, 2020 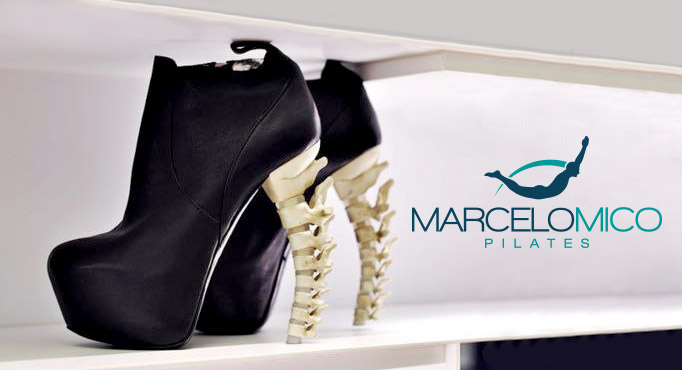 Fashion imposes some habits that go against health and wellbeing

Most women, even those in their teens, wear high heels, and it would seem like there’s
an ongoing challenge to wear the highest heels. The immediate benefits of high heels
on a woman’s look are beyond doubt. However, in the long run, their negative effects on
women’s bodies make those early benefits pale, and end up being a high price to pay for
having followed fashion for such a long time.

When a woman wears high heels, she causes all the foot joints’ positions to be altered.
The heel is flexed, causing the knee and hip to also flex and increase the back’s curve.
By wearing high hells, the charge of energy is transfered from the heel to the forefoot, as
if tiptoeing, thus causing pain in the forefoot’s support area.

Likewise, a greater effort must be made to counter the inclination of the body caused by
high heels. The external muscles of the leg, specially the gastrocnemious and soleous
(the muscle located below the gastrocnemious) contract and turn shorter than normal.
Risk to teenagers is even greater, since they begin using high heels at an earlier age,
before their bodies are fully developed. They run the risk of having hip problems in later
life, as well as back prolems due to the pressure their spine has to endure since such a
young age.We are designed to function in a certain way. Changing the pressure in the joints affects bones and leads to decay.

The immediate negative effects of high heels on the body are mainly foot, back, knee
and hip pain; however, most of their negative effects on women’s health are only
perceptible in the long run.
High heels are considered completely antiphysiological by podologists and orthopedic
specialists, and they recommend not wearing heels higher than three centimeters
because they can cause serious damage not only in feet, but in ankles, knees, hip, coxis
and column, besides the tiredness and lumbar, knee and hip pain they produce when
worn. Wear suffered by joints can end up in knee artrosis, but also hip and even lower
back pain can be suffered from wearing high heels. Extreme cases can result in hip
surgery.
Feet are the first to suffer the effects of high heels and they often present among the
most common discomforts, bunions, claw nails, hammer finger and calluses.
Fashion imposes some habits that go against health and wellbeing. We must make sure,
before becoming follower of a fashion, what will be the long term effects, to ensure we
are not causing damage along our pursuit of fashion.

0
0
Your Cart
Your cart is emptyReturn to Shop
Continue Shopping
Open chat
1
Hello ✋🏼 Do you need some
Hello! 👋
Can we help you?